Great ranking of CLUSTER members in the 2019-REUTERS ranking: “Europe’s Most Innovative Universities”

Known as one of the most famous University rankings provider, Reuters published at the beginning of April the “Europe’s most innovative universities 2019”. This ranking spotlights the dynamic of CLUSTER by standing out from the crowd some of its members. For the fourth year in a row, KU Leuven (Belgium) trusts the first place of this ranking. To do so, the Belgian university reached astonishing statistics such as: 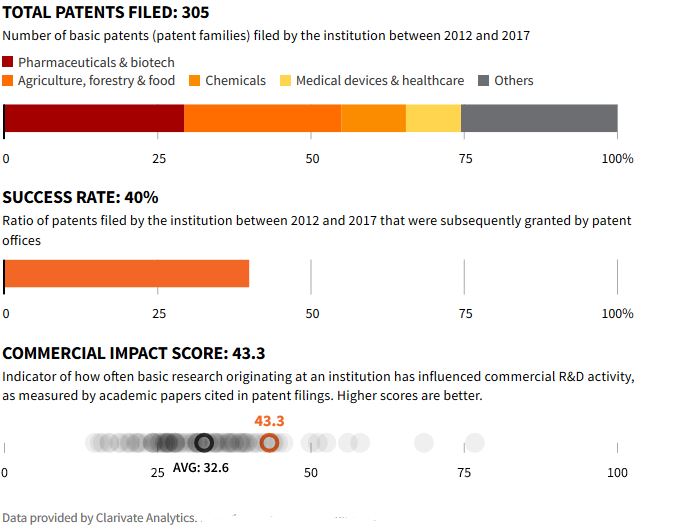 Among the CLUSTER’s universities, some others universities performed in this ranking such as the EPFL (Switzerland) which reached the 5th place, TU Eindhoven (Netherlands) is ranked 29th, UCL (Belgium) is 43th, close behind is KIT (Germany) 53th to be found, as well as INP Grenoble (France) 62th. UCL (Spain) and TU Darmstadt (Germany) are also in the top 100 with respectively the 75th and the 97th place.

This ranking is based on several data including patent volume, patent success, width of the patents, patents citation and impact, numbers of articles published and their impact (quotations) and others similar criteria. To see the full methodology, report directly to the Reuters’s explanation.

CLUSTER congratulates all of its members and associate members for their performances in the Reuters’ ranking, especially KU Leuven for it’s top place! These results are a true motivating factor for all members and enhance the renown of CLUSTER.