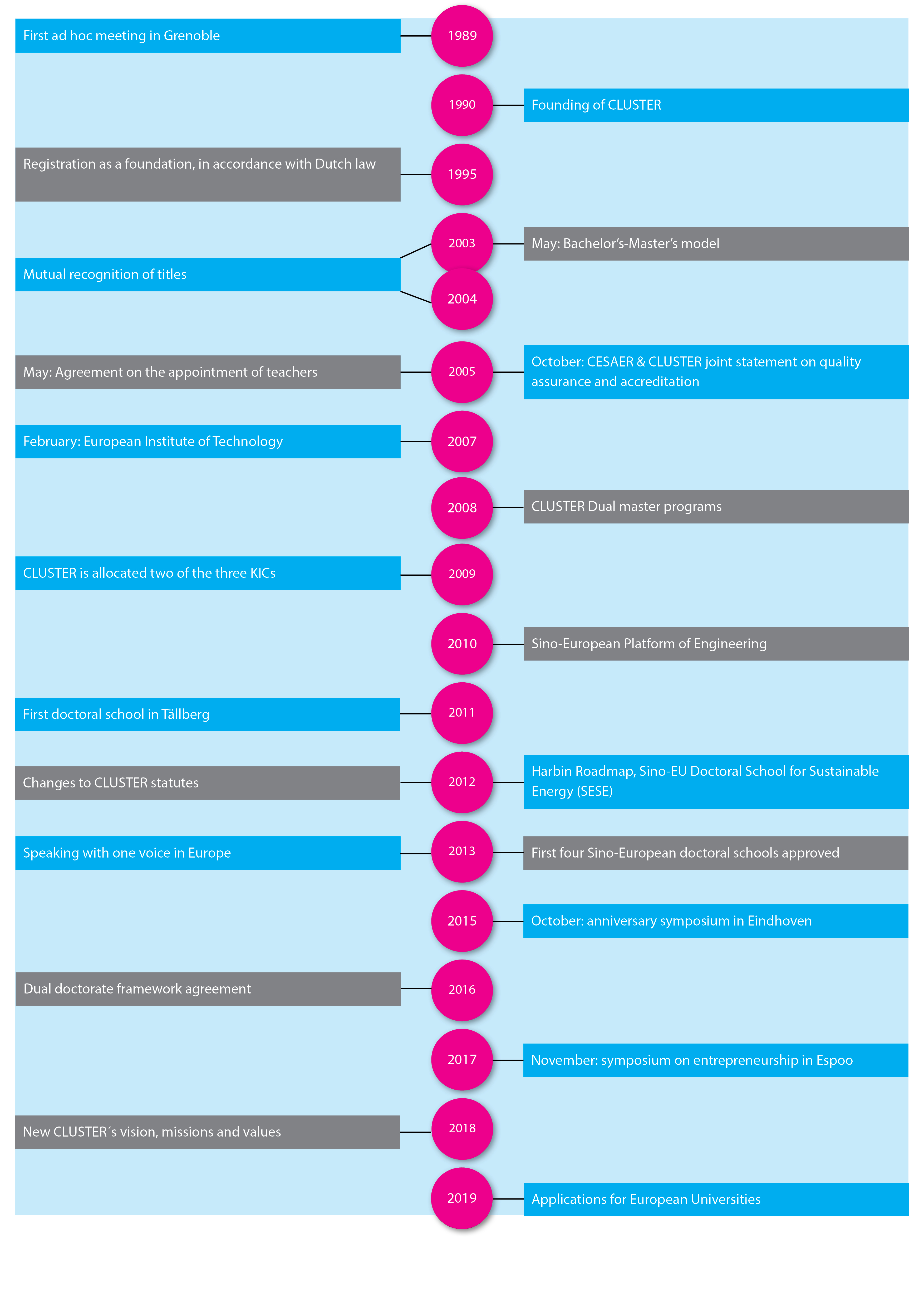 Founded in 1990, CLUSTER was originally created so that top technical universities around Europe would agree to recognize each other’s degrees and facilitate the mobility of students. To this end, CLUSTER involved curriculum development efforts and shared courses to ensure that students would have a multidisciplinary and multicultural education experience. From the original agreement that allowed for Dual Master’s programs, CLUSTER has now evolved to become a collaborative partnership of European universities of science and technology in the areas of research, innovation, and scholarly collaboration, with partners from Canada, Russia, and China. CLUSTER has also developed deep relationships with 18 top Chinese Universities of science and technology through SEEEP (Sino-European Engineering Education Platform), furthering student exchange, scientific collaboration, and talent fostering between the two higher education systems. Today, CLUSTER remains devoted to ensuring the mobility of students and researchers across the campuses of its partner institutions, as well as fostering cooperative efforts to strengthen innovation, entrepreneurship, and relationships between European universities.

Grenoble INP is currently holding the presidency of CLUSTER 2020-2022.